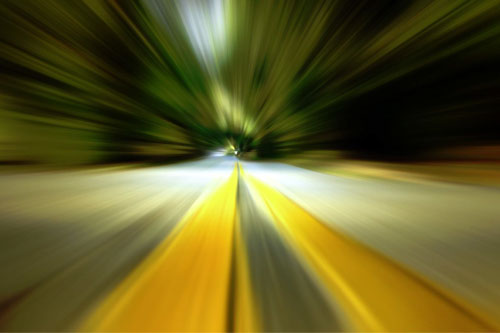 Early in my advertising career, I traveled the backroads of North Carolina in my car listening to music while I was alone killing time. This was pre-cell phone days. To date myself even further, I listened to music on audio cassettes. I remember having a cassette player in my car was a big deal!

At some point, I found out about a company that put out a series of motivational tapes. These were the thoughts and learnings from guys named Zig Ziglar, Brian Tracy, Earl Nightingale and Napoleon Hill. These were, in all cases, colorful characters who had been successful in their chosen fields and now they were passing along, via these tape series, how to achieve that same level of success in my life. Listening to their thoughts and wisdom kept me focused and gave me a sense that what I was doing had a purpose.

For you see, I did not. My life was out of control. It didn’t happen overnight. It was a gradual process as a result of not taking the time to focus on what was most important in my life. Why was I working so hard? I knew something was missing in my life, but I couldn’t figure out what it was. I knew I needed to change something, but I didn’t know what it was, how to find it or what to do about it.

On one of these trips, I heard a phrase that has stuck with me over the years. This was one of those ‘ah hah’ moments, but at the time I didn’t realize how significant it was. The phrase went like this:

“People change for one of 2 reasons – inspiration or perspiration.”

Over the years and looking back on my life, this has meant several things to me, but ultimately I landed on the following understanding:

“I change as a result of being motivated by a belief in something (inspiration) or by having the heat turned up on me (perspiration) so much that I am forced to.”

From my experience as an alcoholic/addict, it means that until I acquired that inspiration or until I felt enough pain, only then would I begin to change the way I thought and acted about my addiction.

Further compounding the problem, my symptoms for alcoholism and drug addiction didn’t appear overnight, rather they occurred over a prolonged period of time. Things progressed at a slow, erratic pace. Some days I’d use; some days I wouldn’t. In fact there were huge periods of sobriety – months would go by and I wouldn’t touch a thing. Even through multiple family interventions and promises that ‘I could do this on my own’, nothing slowed my addiction down. In the end, my addiction took over and I could not stop. I could not live without alcohol and drugs.

The end of the road came for me when I received the second of 2 DWIs in 3 months. That was my inspiration and my perspiration; my epiphany; my defining moment. I would love to say that no one got hurt along the way, but I’d be lying. I stole moments of time with people who loved me and who I loved; moments that I will never get back. I betrayed their trust and lied. Knowing that really hurts, but because I haven’t had a drink or a drug since April 17, 2007, I can now feel that pain; pain that I wasn’t able to feel up to that point because I was anesthetizing my feelings.

It’s been almost 10 years since I stopped and entered the world of recovery. I can now look back on that time as some of the most transformative and one of the crowning achievements in my life. Alcohol and drugs will always be a part of my story, but looking back, my recovery is one of the things of which I am most proud.

Signs of Enabling a Loved one Struggling with Addiction

How to Set Goals this New Year in Recovery

How We Can Help